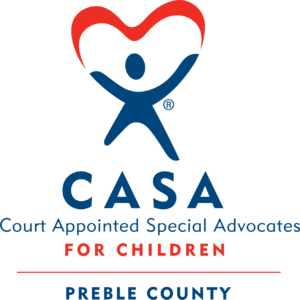 What is a CASA?

A Court Appointed Special Advocate (CASA) is appointed by a judge to represent the best interests of an abused or neglected child in court.

What is the role of the CASA?

A CASA provides a judge with a carefully researched background of the child to help the court make sound decisions about the child’s future. Each case is as unique as the child or children involved.  The CASA volunteer must determine if it is in a child’s best interest to stay with his or her parents or guardians, be placed in foster or relative care, or be freed for permanent adoption. The CASA makes recommendations to the judge on placement and services so that every child can have a safe, permanent home and the opportunity to thrive.

How does a CASA investigate a case?

To prepare a recommendation, the CASA talks with the child, parents, family members, case workers, school personnel, health providers, and others who are knowledgeable about the child’s history.

How does a CASA differ from a Children Service’s caseworker?

Case workers may work on as many as 10 to 15 cases at a time, which can limit the amount of time available for a comprehensive investigation of each. The CASA is a volunteer who handles only one or two cases at a time. As an independent appointee of the court and a party to the case, the CASA thoroughly examines a child’s case, has knowledge of community resources, and is required to make recommendations to the court based on the best interests of the child. Unlike the caseworker, who has a legal mandate to try to reunify families, the CASA’s mandate is to advocate for the best interests of the child. A trained CASA/GAL and a skilled caseworker are both critical to a successful case.

How does the role of a CASA differ from an attorney?

The CASA does not provide legal representation; that is the role of the attorney. Instead, the CASA volunteer advocates for the best interests of the child. The CASA provides crucial background information and logical, fact-based recommendations that assist the court in making sound decisions for the child.

Is there a “typical” CASA?

CASAs come from all walks of life, with a variety of professional, educational, and ethnic backgrounds. Diversity is valued and provides a foundation of strength to our program. The Preble County CASA program is composed of both male and female volunteers over 21 years of age who may be employed full-time or part-time, be retired, be a volunteer attorney, or be a homemaker.

Can anyone be a CASA?

CASAs are ordinary citizens, twenty-one years of age or older. No special or legal background is required. However, volunteers are screened closely for objectivity, competence, and commitment.

How many cases on the average does a CASA carry at a time?

What training does a CASA receive?

How do CASA volunteers relate to the children they represent?

CASA volunteers interview the children they represent, if the children are old enough to talk. If not, the CASA observes the baby’s interactions with the various people involved in the baby’s life. The CASA offers the child a trust-based relationship and advocacy, both within and outside the courtroom. The CASA explains to the child the events that are happening and the roles the judge, lawyers, case workers and others play. The CASA also encourages the child to express his or her own opinions, fears, and hopes and conveys those to the court.

How much time does it require?

Each case is different. A CASA volunteer spends a minimum of 20-30 hours doing research, conducting interviews, and writing a court report during the first 4-6 weeks of a new case. Once the CASA writes the initial report and appears at the first hearing, the CASA can expect to spend about 2-4 hours per month on a case.

How long does a CASA remain with a case?

The CASA continues on the case until the case is permanently resolved.  Each volunteer is asked to make an initial one-year commitment to the program. One of the primary benefits of the CASA program is that, unlike other case principals who often rotate cases, the volunteer is a consistent figure in the court proceedings and the child’s life, providing much needed continuity for the system and, more importantly, for the child.

Do other agencies or groups provide the same services?

No. Other child advocacy organizations exist, but CASA is the only program in which volunteers are appointed as officers of the court by the judge to represent a child’s best interest.

What children are assigned a CASA?

Children who are victims of abuse or neglect and for whom cases have been filed in the Juvenile Court are assigned a CASA/GAL. 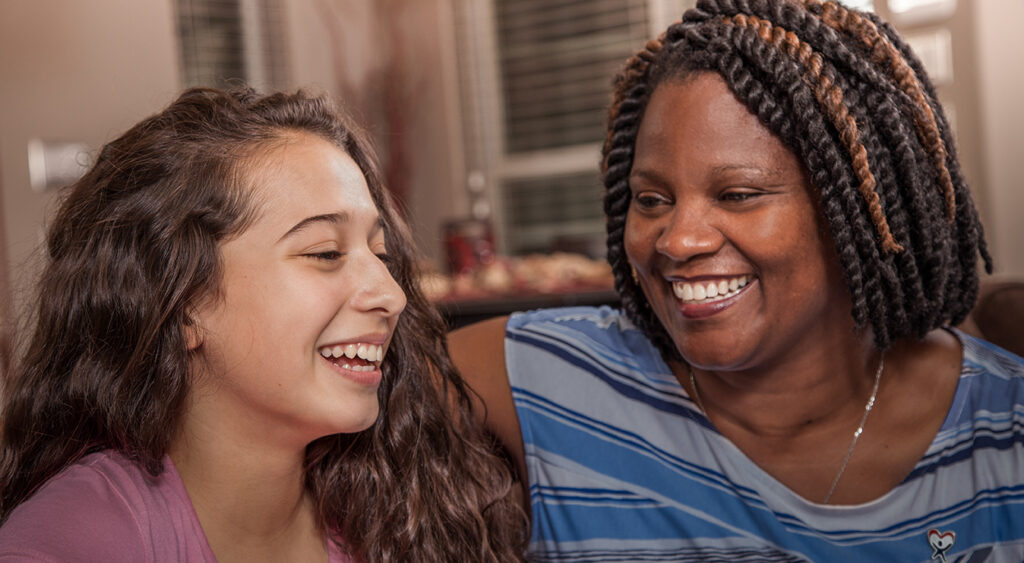 How many CASA programs are there?

There are CASA programs in 49 states and the District of Columbia. Nationwide more than 85,000 citizens serve as CASA volunteers in nearly 1,000 programs. More than 400,000 children are in foster care on any given day. Every year more than 260,000 abused and neglected children are served by CASA volunteers.

How effective have CASA programs been?

Yes.  Juvenile and family court judges implement the CASA program in their courtrooms and appoint the volunteers.  CASA has been endorsed by the American Bar Association, the National Council of Juvenile and Family Court Judges, and the National Association of Public Child Welfare Administrators.

Do the federal, state, and local governments support CASA?

What is the role of the Ohio and National CASA Associations? 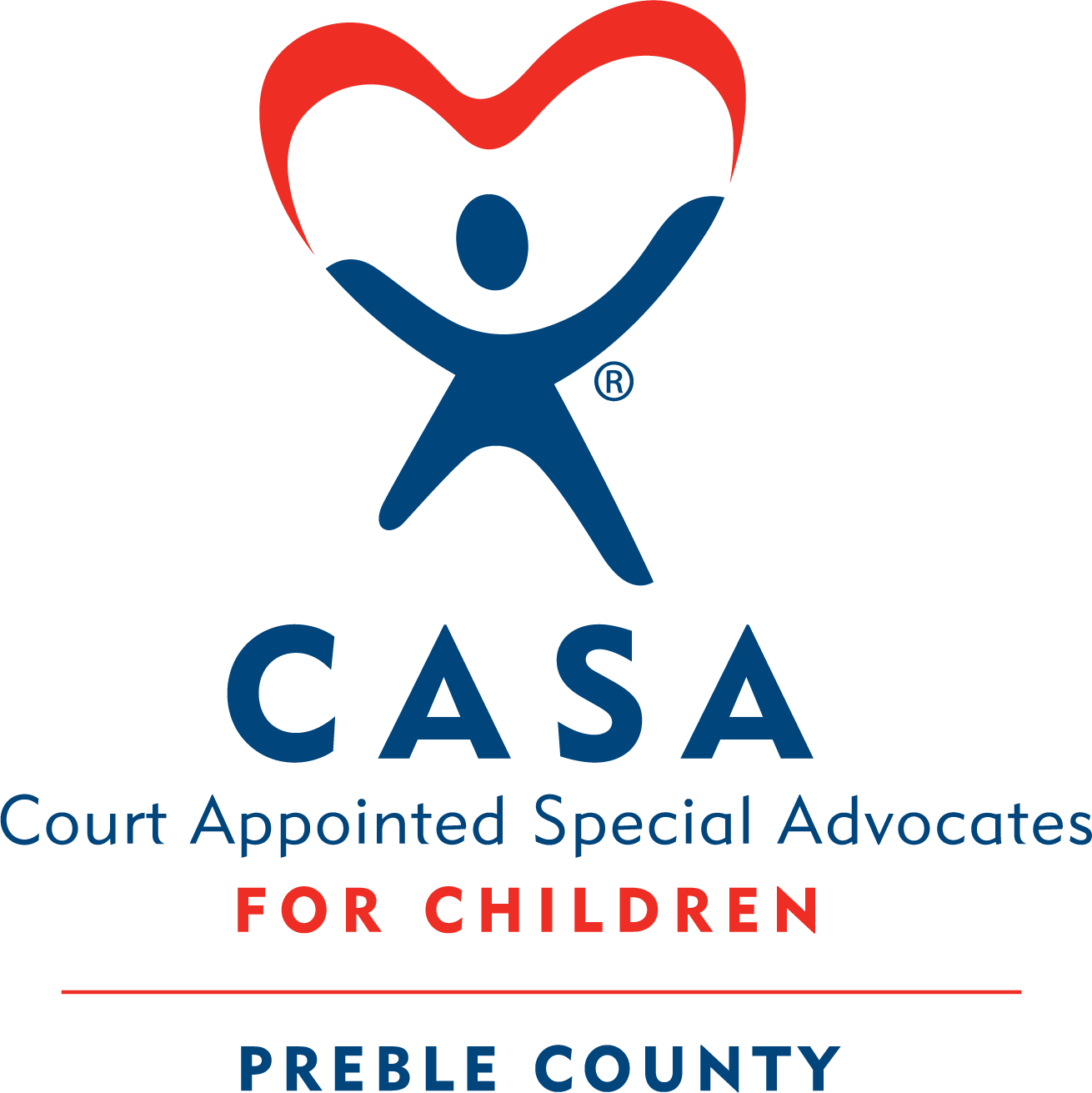 The mission of the Preble County Court Appointed Special Advocate (CASA) program is to recruit, train, guide, monitor and maintain volunteer CASAs who are appointed by the Judge of the Preble County Juvenile Court as volunteer guardians-ad-litem to represent the best interests of abused, neglected or dependent children in Court.